Based on a true story, Guillermina is a film that reconstructs the memories of the trace left in a 9-year-old child, the son of a well-to-do family in Havana in the 1940s, his wet-nurse, a black woman named Guillermina.

Aída Esther Bueno Sarduy holds a PhD in Social and Cultural Anthropology from Complutense University of Madrid and has completed advanced studies on race relations and black culture. She has studied African American cultures in Latin America for several years, specifically focusing on African religions in Cuba and Brazil. She has worked as a researcher at the Centre for Studies on Migration and Racism (CEMIRA), part of the Department of Social Anthropology at Complutense University. Since 1999, she has worked as a professor for Middlebury College, NYU, BU, Hamilton and San Lorenzo programs in Madrid, teaching courses in Spanish Anthropology, Anthropology of Ibero-American and Migration Studies, as well as Cultural Diversity. 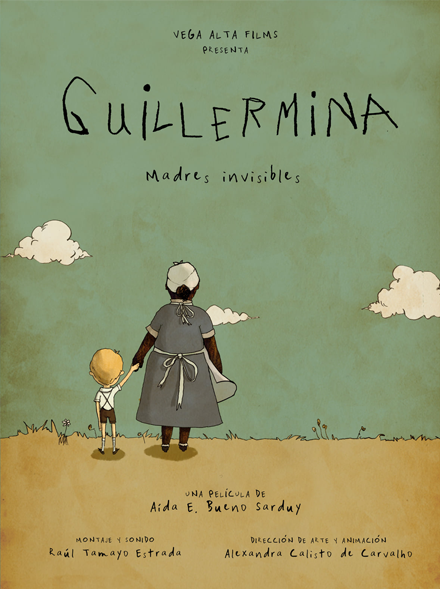