This article was initially published in the Daily Tar Heel. To see the original, please visit the DTH website here

Appreciation of Latin American culture reaches a peak at UNC and Duke University, where the ancient language of Yucatec Maya is taught.

The UNC-Duke Consortium in Latin American and Caribbean Studies facilitates the collaboration between the two campuses and across disciplines.

“I think it's important for the citizens and residents in North Carolina to learn about Latin America and its history, culture, politics and economics because, increasingly, Latin America is coming here,” Louis Pérez Jr., co-director of the consortium, said.

In 2019,almost 50 % percent of foreign-born citizens in North Carolina were born in Latin America, according to the Migration Policy Institute.

Pérez said since such a large portion of the N.C. population comes from Latin America, education has to be collaborative in order to expand knowledge of Latin America.

“It would be good for the citizenry at large to arrive at some appreciation of the history and the experiences of the people who are moving into the state,” Pérez said.

The consortium is meant to accomplish precisely that. It offers aid and resources to help fulfill the mission of collaboration of Latin American and Caribbean Studies across the nation.
Miguel Rojas-Sotelo, the consortium's special events coordinator, said the program offers funds for faculty and student research, budgets to support travel and classes for less commonly taught languages — such as Haitian Creole and Yucatec Maya.

According to the consortium's Yucatec Maya Institute, the language is only spoken by around one million people.

Hartman said giving teachers knowledge about Latin America spreads the information further because it is then filtered down to students.

The consortium also offers many events and programs to encourage communities to grow in knowledge about Latin America and the Caribbean.

“It's all about going into the community and promoting deeper understanding in North Carolina towns between newly arrived immigrants, local citizen groups and local government,” he said.
Hartman said the consortium also hosts annual events and projects that help to foster education and community.

Every year, the consortium teams up with UNC-Charlotte to put on the N.C. Conference on Latin American Studies, which brings together discussion of multiple disciplinary domains. The next meeting of scholars, students and specialists will occur in February 2023.

Additionally, the organization hosts the N.C. Latin American Film Festival, which celebrates the film and audio artistry of the Latinx community.

Hartman said a positive aspect of the COVID-19 pandemic was that some film directors were able to remotely join discussions about film and storytelling from their home countries. She said this year's event — scheduled for Oct. 11 through Oct 19.— will be mostly in-person.

Rojas-Sotelo said one of the biggest challenges the consortium faces in its work is preconceived ideas about Latin America.

“There are some very strong ideas about what the region is and represents,” he said. “We try to break those down and bring opportunities that the region offers.”

Rojas-Sotelo said that the consortium is one of the long-standing bridges between the two universities, which are typically depicted as rivals.

He said in reality, the campuses work well together in collaborating across disciplines for Latin American and Caribbean Studies.

“We are one of the long-standing collaborations between the universities, highly respected and recognized on both sides of the aisle,” he said. “Blue is blue.” 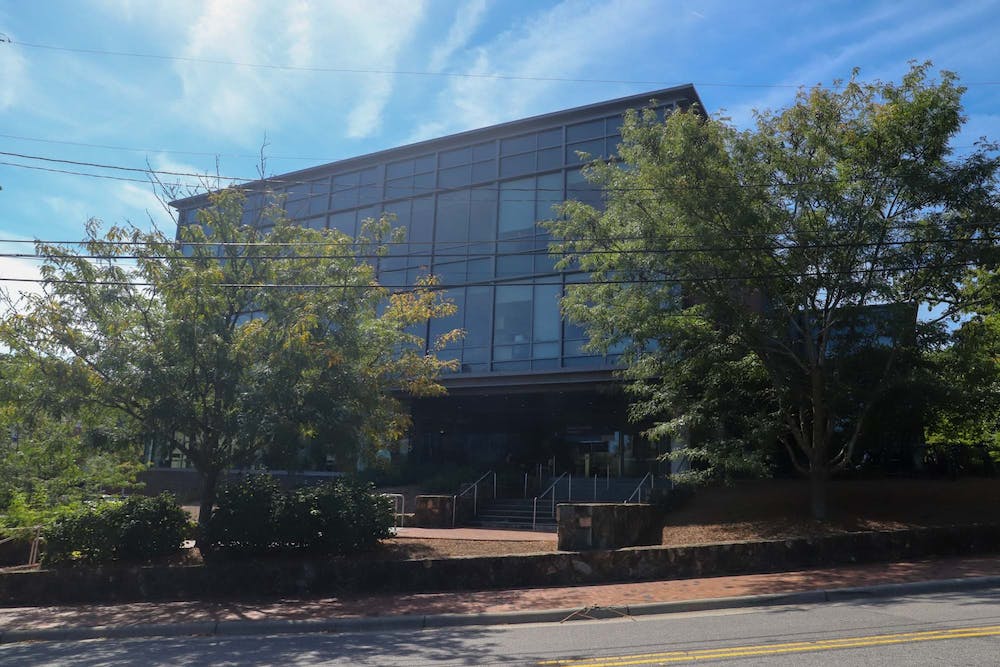 Photo by Taylor Nock for the DTH